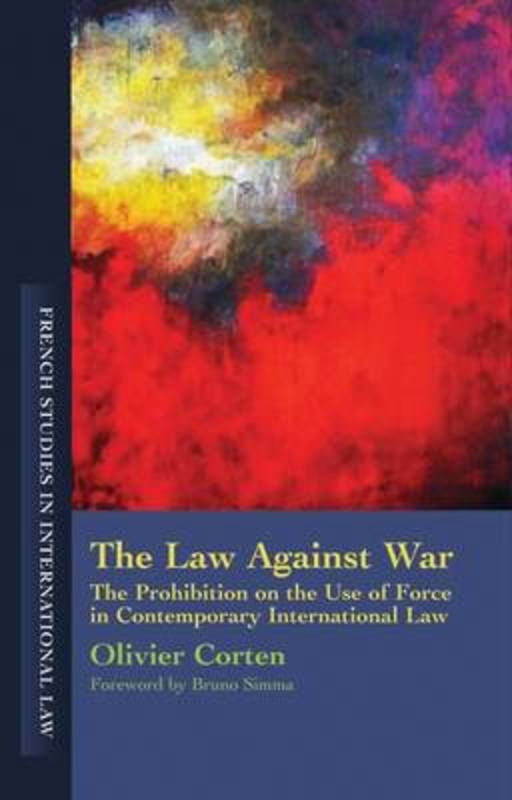 The Law Against War

The Prohibition on the Use of Force in Contemporary International Law

The Law against War is a translated and updated version of a book published in 2008 in French (Le droit contre la guerre, Pedone). The aim of this book is to study the prohibition of the use of armed force in contemporary positive international law. Some commentators claim that the field has undergone substantial changes arising especially since the end of the Cold War in the 1990s. More specifically, several scholars consider that the prohibition laid down as a principle in the United Nations Charter of 1945 should be relaxed in the present-day context of international relations, a change that would seem to be reflected in the emergence of ideas such as 'humanitarian intervention', 'preventive war' or in the possibility of presuming Security Council authorisation under certain exceptional circumstances. The argument in this book is that while marked changes have been observed, above all since the 1990s, the legal regime laid down by the Charter remains founded on a genuine jus contra bellum and not on the jus ad bellum that characterised earlier periods. 'The law against war', as in the title of this book, is a literal rendering of the familiar Latin expression and at the same time it conveys the spirit of a rule that remains, without a doubt, one of the cornerstones of public international law.

From the Foreword by Bruno Simma
'Corten's book is weighty not just by its size, but above all through the depth and comprehensiveness with which it analyzes the entirety of what the author calls the law against war, the jus contra bellum... Corten tackles his immense task with a combination of methodical rigour, applying modern positivism and abstaining from constructions of a lex ferenda, and great sensibility for the political context and the ensuing possibilities and limitations of the legal regulation of force.'