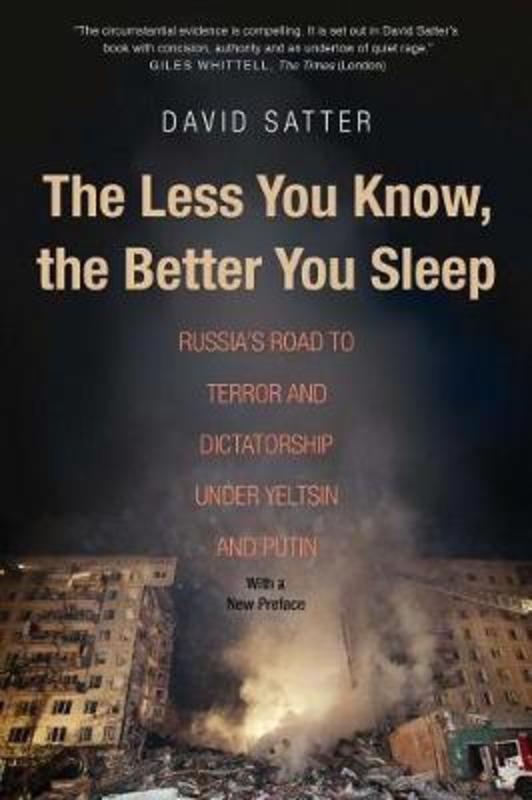 The Less You Know, the Better You Sleep

Russia's Road to Terror and Dictatorship under Yeltsin and Putin

Once you accept that the impossible is really possible, what happens in Russia makes perfect sense

In December 2013, David Satter became the first American journalist to be expelled from Russia since the Cold War. The Moscow Times said it was not surprising he was expelled, "it was surprising it took so long." Satter is known in Russia for having written that the apartment bombings in 1999, which were blamed on Chechens and brought Putin to power, were actually carried out by the Russian FSB security police.

In this book, Satter tells the story of the apartment bombings and how Boris Yeltsin presided over the criminalization of Russia, why Vladimir Putin was chosen as his successor, and how Putin has suppressed all opposition while retaining the appearance of a pluralist state. As the threat represented by Russia becomes increasingly clear, Satter's description of where Russia is and how it got there will be of vital interest to anyone concerned about the dangers facing the world today.