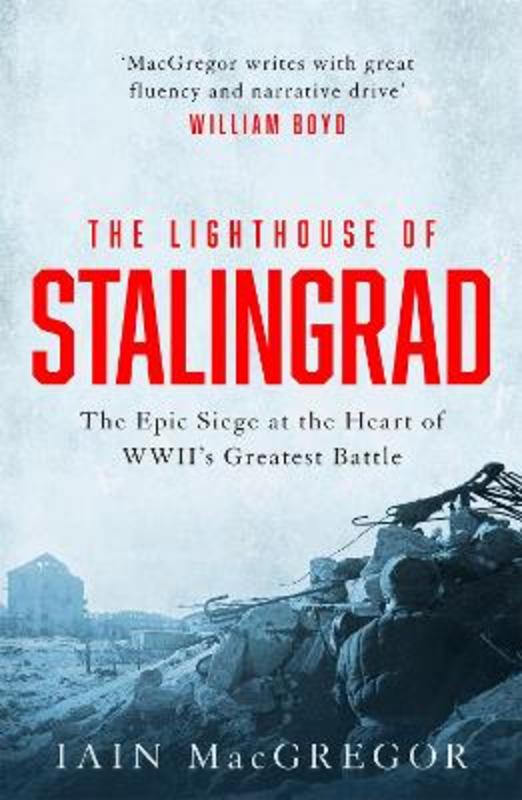 The Lighthouse of Stalingrad

The Hidden Truth at the Centre of WWII's Greatest Battle

'The sheer brutal intimacy of his descriptions of the fighting are extraordinary.' - Frederick Taylor

'An authoritative and unforgettable insight into the decisive days of that most terrible struggle on the banks of the Volga.' - Jonathan Dimbleby

The sacrifices that enabled the Soviet Union to defeat Nazi Germany in the Great Patriotic War 1941-45 are sacrosanct. The foundation of their eventual victory was laid during the battle for the city of Stalingrad, resting on the banks of the river Volga. For Germany, the catastrophic defeat was the beginning of their eventual demise that would see the Red Army two years later flying their flag of victory above the Reichstag. Stalingrad is seen as the pivotal battle of the Second World War, with over two million civilians and combatants either killed, wounded or captured during the bitter winter of September 1942. Both sides endured terrible conditions in brutal house-to-house fighting reminiscent of the Great War.

Within this life-and-death struggle for the heart of the city and situated on the frontline was a key strategic building, codenamed: 'The Lighthouse'. Here, a small garrison of Red Army guardsmen withstood German aerial bombardments and fought off daily assaults of infantry and armour. Red Army newspaper reports at the time would be seized upon by the Moscow media needing to place a positive spin on the fighting that had at one point looked beyond salvation. By the end of the war, the story of this building would gather further momentum to inspire Russians to rebuild their destroyed towns and cities until it became the legend it is today, renamed after the simple sergeant who had supposedly led the defence - 'Pavlov's House'.

In time for the eightieth anniversary, The Lighthouse of Stalingrad will shed fresh insight on this iconic battle through the prism of the men who fought one another over five months and the officers who commanded them. A riveting narrative, informed by both German and Russian archives to unearth unpublished memoirs and eyewitness testimonies from veterans and civilians alike, this book will celebrate the real heroes and provide a truer picture of how this mighty battle finally ended.