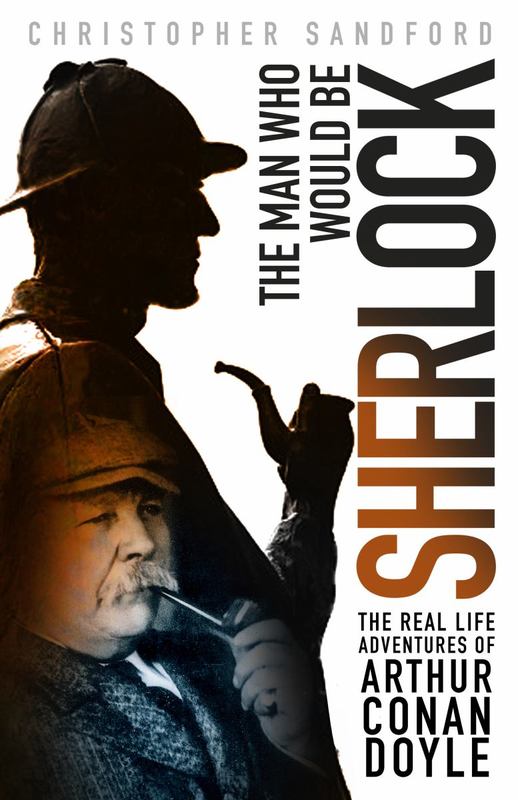 The Man who Would be Sherlock

When Arthur Conan Doyle was a lonely 7-year-old schoolboy at pre-prep Newington Academy in Edinburgh, a French emigre named Eugene Chantrelle was engaged there to teach Modern Languages. A few years later, Chantrelle would be hanged for the particularly grisly murder of his wife, marking the beginning of Conan Doyle's own association with some of the bloodiest crimes of the Victorian and Edwardian eras.

This early link between actual crime and the greatest detective story writer of all time is one of many. Conan Doyle would also go on to play a leading role in the notorious case of the young Anglo-Indian lawyer George Edalji, convicted and imprisoned as the `mad ripper' who supposedly prowled the fields around his Staffordshire home by night looking for animals to mutilate; and the equally chilling story of Oscar Slater and his alleged murder of an elderly spinster as she sat in her Glasgow home one winter's night in 1908, a crime with a spectacular denouement 18 years later.

Using freshly available evidence and eyewitness testimony, Christopher Sandford follows these links and draws out the connections between Conan Doyle's literary output and factual criminality, a pattern that will enthral and surprise the legions of Sherlock Holmes fans. In a sense, Conan Doyle wanted to be Sherlock - to be a man who could bring order and justice to a terrible world.