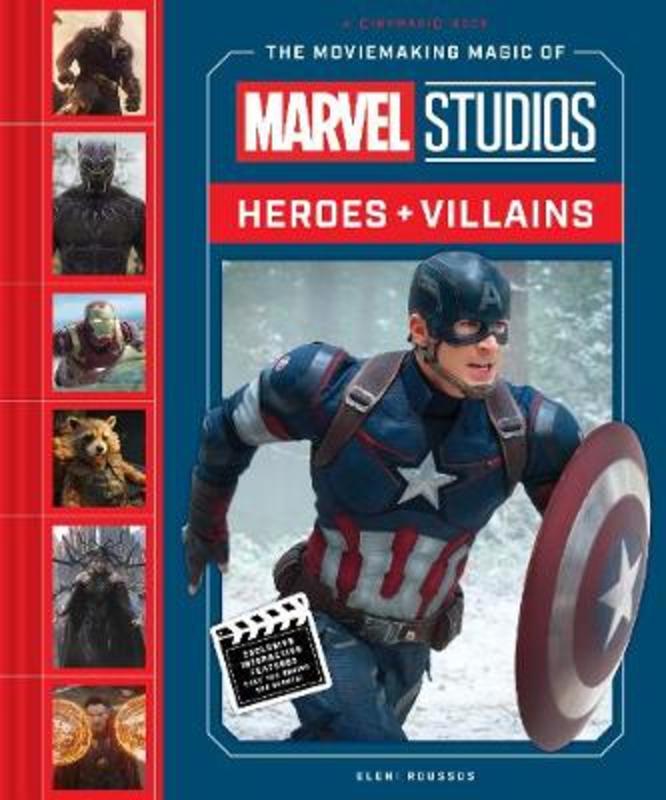 GO BEHIND THE SCENES OF YOUR FAVORITE MARVEL STUDIOS' FILMS TO SEE HOW THE MIGHTIEST HEROES AND DEADLIEST VILLAINS WERE BROUGHT TO LIFE!

When Iron Man exploded into theaters in 2008, it was the first installment in what would become the biggest and most awe-inspiring collection of Super Hero films ever made. At the heart of these films are characters that have captured the imaginations of audiences around the world-heroes like Iron Man, Black Widow, Captain America, Thor, and Black Panther, and fearsome villains like Red Skull, Ultron, and Thanos.

Now, explore the secrets behind the moviemaking magic that brought these heroes and villains to life. Through diagrams, photographs, concept sketches, and more, get the exclusive story of how filmmakers transformed comic book characters into larger-than-life, living, breathing icons of the big screen. Special bonus sections reveal the magic of some of the films' most memorable moments.

SUIT UP AND GET READY TO BE TAKEN ON A THRILLING JOURNEY THROUGH THE MOVIEMAKING MAGIC OF MARVEL STUDIOS.