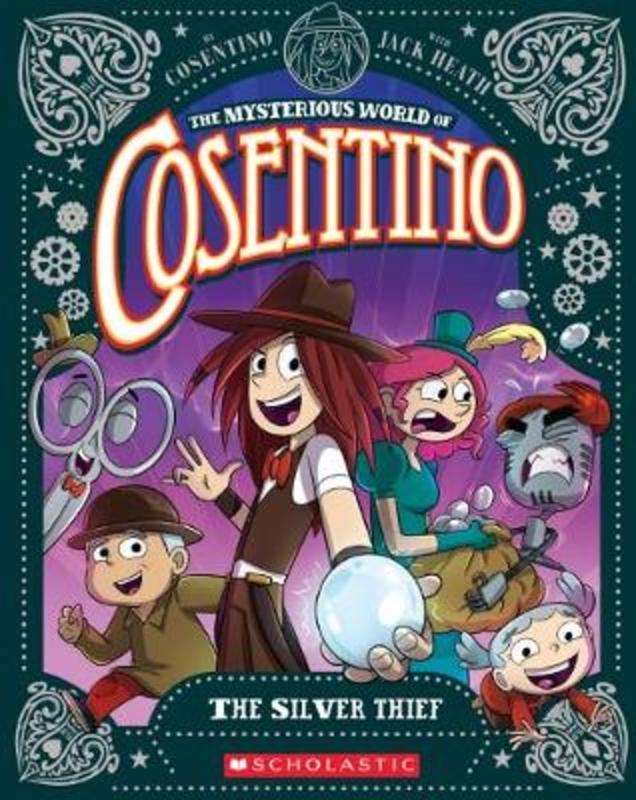 The Mysterious World of Cosentino #4: The Silver Thief

COSENTINO, THE GRAND ILLUSIONIST is stuck in the centre of Coppertown until the opening of his new magic theatre. He is frozen inside a block of ice . . . or is he? The real Cos is on a mission to stop the supply of silver to the King. Silver enhances magical power, and the King has too much power already. Cos must disguise himself and sneak into the silver mines. But who are all the old people at the mine, and why is Coss old manager Wiggy down there? Could it be a . . . TRAP? How will Cos escape the mines AND outwit Wiggy and the twin Jokers? A plane crash destroys a house in Kelton. The cause of the accident is a mystery and all the passengers are missing. Jarli has been lying low since the crime boss known as Viper threatened his family. But then his Truth app uncovers a dangerous secret at the crash sitea secret Viper wants to stay buried. Suddenly Jarli is a target again. Theres no-one he can trust, not even the police. He has to find out what else is hiding before its too late. Lies can hurt, but the truth can kill . . .