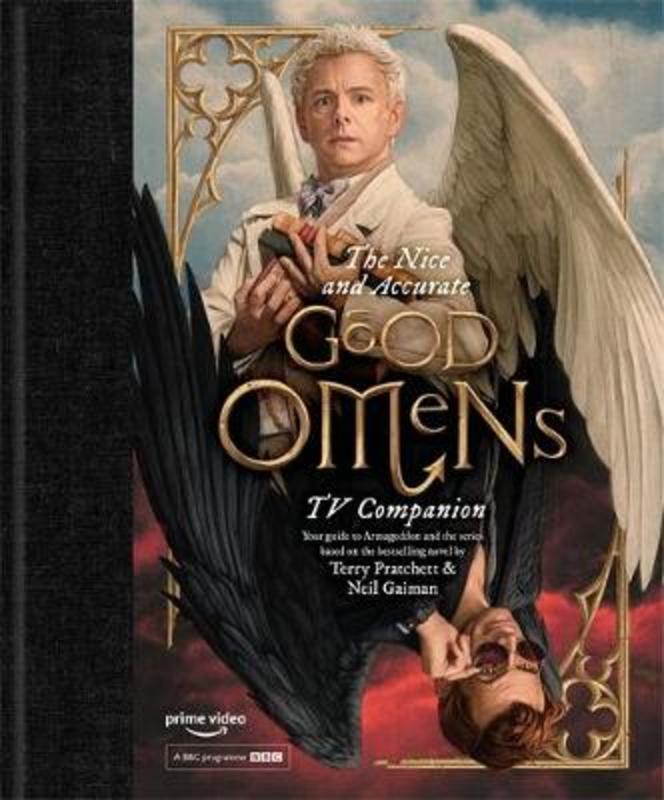 The ultimate TV companion book to GOOD OMENS, a massive new television launch on Amazon Prime Video and the BBC for 2019, written and show-run by Neil Gaiman and adapted from the internationally beloved novel by Terry Pratchett and Neil Gaiman.

Based on the cult classic novel by Terry Pratchett and Neil Gaiman, GOOD OMENS is one of the most hotly anticipated TV shows of 2019. Reinvented for television with scripts by Neil himself, and featuring a stellar cast including David Tennant, Michael Sheen, Jon Hamm, Jack Whitehall and Miranda Richardson, to name but a few, this major TV show will be shown first on Amazon Prime Video and then on the BBC later in the year.

Keep calm, because THE NICE AND ACCURATE GOOD OMENS TV COMPANIONS is your ultimate guide to the upcoming apocalypse, which is scheduled to happen on a Saturday, just after tea. The series sees an angel (Sheen) and a demon (Tennant) team up in order to try and sabotage the end of the world...

Featuring incredible photographs, stunning location shots, costume boards, set designs and fascinating character profiles and in-depth interviews with the stars and crew, this behind-the-scenes look into the making of GOOD OMENS is an absolute must for fans old and new - and will shatter coffee tables around the world.