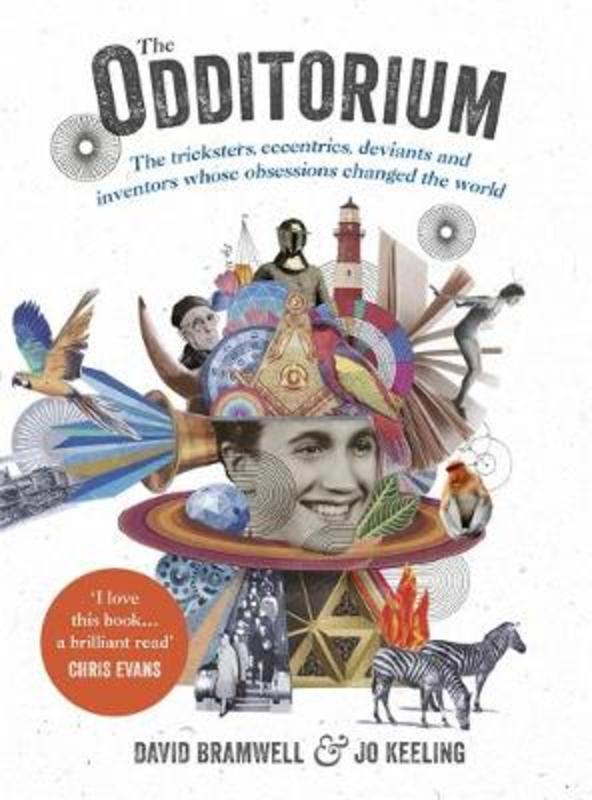 The tricksters, eccentrics, deviants and inventors whose obsessions changed the world

THE ODDITORIUM is a playful re-telling of history, told not through the lens of its victors, but through the fascinating stories of a wealth of individuals who, while lesser-known, are no less remarkable.

Throughout its pages you'll learn about the antics and adventures of tricksters, eccentrics, deviants and inventors. While their stories range from heroic failures to great hoaxes, one thing unites them - they all carved their own path through life. Each protagonist exemplifies the human spirit through their dogged determination, willingness to take risks, their unflinching obsession and, often, a good dollop of eccentricity.

Learn about Reginald Bray (1879-1939), a Victorian accountant who sent over 30,000 singular objects through the mail, including himself; Cyril Hoskin (1910-1981), a Cornish plumber who reinvented himself as a Tibetan lama and went on to sell over a million books; and Elaine Morgan (1920-2013), a journalist who battled a tirade of prejudice to pursue an aquatic-based theory of human evolution, which is today being championed by David Attenborough.

Elsewhere, we uncover the lesser-known obsessions of such historical giants as Sir Isaac Newton (1642-1726), whose beloved alchemy led to a lifetime's search for the philosopher's stone and elixir of life; and philosopher Rene Descartes (1596-1650), whose obsession with cross-eyed ladies led him to seek a 'cure' through the first recorded case of CBT.

While many of us are content to lead a conventional life, with all of its comfort and security, THE ODDITORIUM reminds us of the characters who felt compelled to carve their own path, despite risking ostracism, failure, ridicule and madness. While history wouldn't be the same without the likes of Shakespeare, Caesar and Einstein, it is when curiosity and compulsion meet that conventions are challenged, culture is re-invigorated and we find new ways to understand ourselves and the world around us.