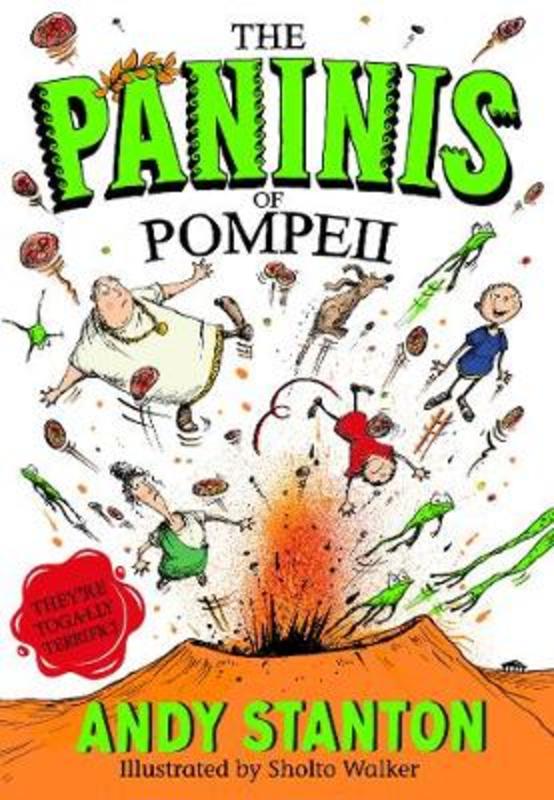 The Paninis of Pompeii

The first in a brand new series from the fevered imagination of the award winning, bestselling author of MR GUM.

Welcome to the last days of Pompeii as you've NEVER imagined them before! Join farttrader Caecilius, his wife, Vesuvius, and their ten-year-old son, Filius, in a bizarre world of accidental gladiators, pizza-emitting volcanoes and the legendary Ma-wol-n-f. You'll meet the household servant, Slavius; thrill at the misadventures of Barkus Wooferinicum and generally have an uproariously hilarious time of it all. Full of ludicrous characters, surreal escapades and outrageous word play - if you thought Mr Gum was weird, then get a load of the Ancient Pompeiians!

A hilarious new series that will have 7+ readers howling with laughter. Perfect for fans of Roald Dahl, David Walliams, Horrible Histories and, of course, Mr Gum.

Praise for Mr Gum: 'Completely hilarious . . . Kind of the League of Gentlemen for kids' Zoe Ball
'They're the funniest books . . . I can't recommend them enough' Stephen Mangan