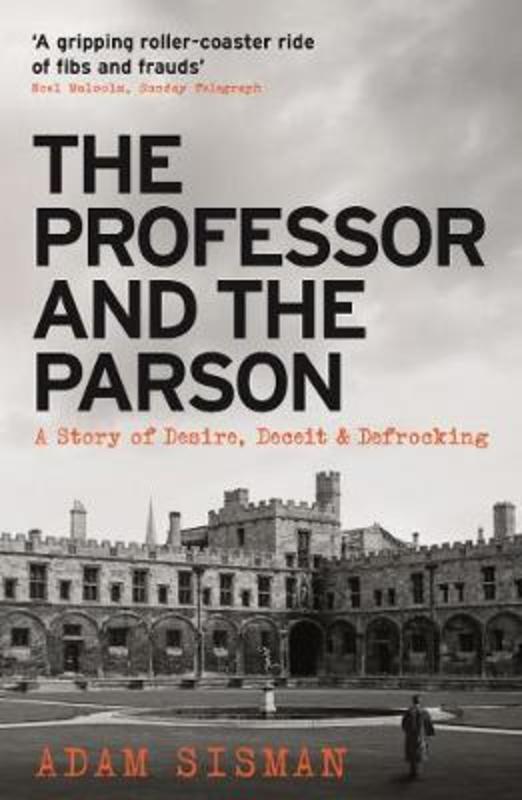 The Professor and the Parson

A Story of Desire, Deceit and Defrocking

'I embarrassed myself by uncontrollable guffaws ... This is a truly wonderful story' - A. N. Wilson, Spectator

'An utterly mad, and wholly delightful story of chicanery and fantasy' - Simon Winchester

One day in November 1958, the celebrated historian Hugh Trevor-Roper received a curious letter. It was an appeal for help, written on behalf of a student at Magdalen College, with the unlikely claim that he was being persecuted by the Bishop of Oxford. Curiosity piqued, Trevor-Roper agreed to a meeting. It was to be his first encounter with Robert Parkin Peters: plagiarist, bigamist, fraudulent priest and impostor extraordinaire. The Professor and the Parson traces the strange career of one of Britain's most eccentric criminals. Motivated not by money but by a desire for prestige, Peters' lied, stole and cheated his way to academic positions and religious posts from Cambridge to New York, Singapore and South Africa. Frequently deported, and even more frequently discovered, his trail of destruction included seven marriages (three of which were bigamous), an investigation by the FBI and a disastrous appearance on Mastermind.

Based on Trevor-Roper's own detailed 'file on Peters', The Professor and the Parson is a witty and charming account of eccentricity, extraordinary narcissism and a life as wild and unlikely as any in fiction.