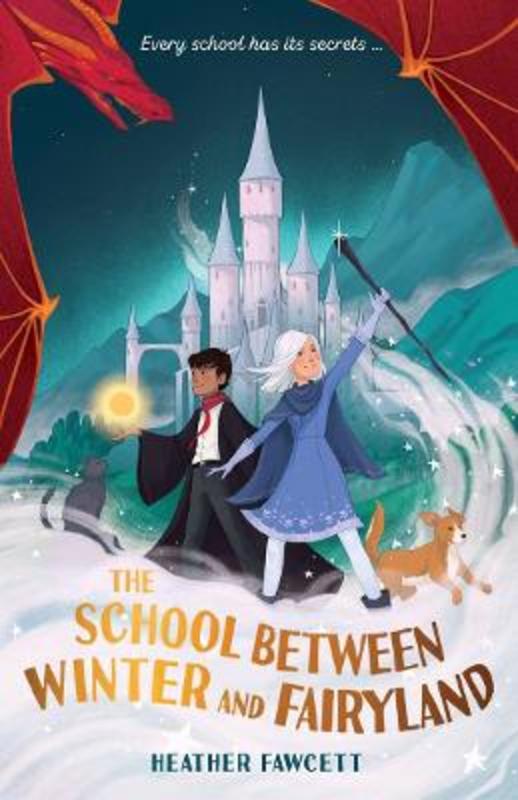 The School between Winter and Fairyland

Twelve-year-old Autumn is a beastkeeper at Inglenook School for Magicians, which she secretly dreams of attending as a student. Instead, she must care for Inglenook's menagerie of dangerous creatures so the king's future monster hunters can study them. But when she isn't mucking out the griffin stalls, Autumn searches for clues about her twin brother's mysterious disappearance. Everyone else thinks that he was devoured by the terrifying Hollow Dragon, but Autumn isn't so sure.

Enter Cai Morrigan, the famous young magician prophesied to one day destroy the Hollow Dragon. When Cai comes to Autumn with a secret problem, Autumn agrees to help on one condition: that the 'Chosen One' join her quest to find her brother. Together they uncover the dark truth that lies at the heart of Inglenook School - because every school has its secrets...

'This book has everything I love about fantasy, tied together with gorgeous writing, vivid visuals and a gutsy, down-to-earth heroine.' Amelia Mellor, author of The Grandest Bookshop in the World