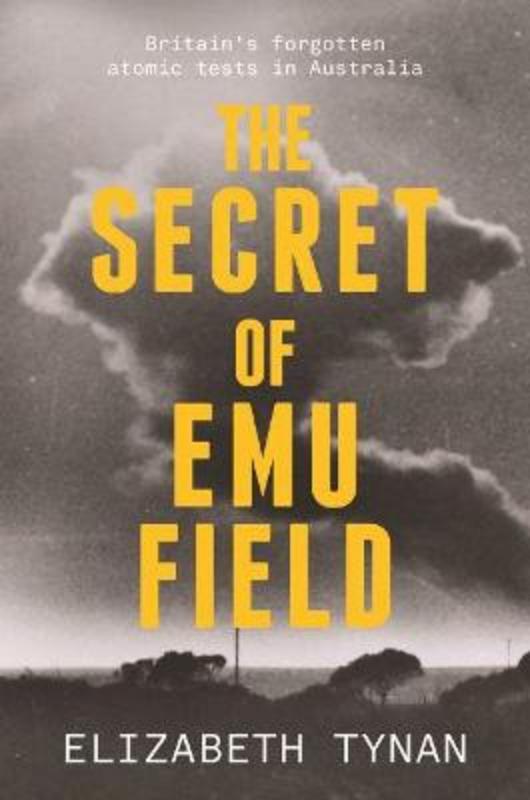 The Secret of Emu Field

Emu Field is overshadowed by Maralinga, the larger and much more prominent British atomic test site about 193 kilometres to the south. But Emu Field has its own secrets, and the fact that it was largely forgotten makes it more intriguing. Only at Emu Field in October 1953 did a terrifying black mist speed across the land after an atomic bomb detonation, bringing death and sickness to Aboriginal populations in its path. Emu Field was difficult and inaccessible. So why did the British go there at all, when they knew that they wouldn't stay? What happened to the air force crew who flew through the atomic clouds? And why is Emu Field considered the 'Marie Celeste' of atomic test sites, abandoned quickly after the expense and effort of setting it up?

Elizabeth Tynan, the award-winning author of Atomic Thunder: The Maralinga Story, reveals the story of a cataclysmic collision between an ancient Aboriginal land and the post-war Britain of Winston Churchill and his gung-ho scientific advisor Frederick Lindemann. The presence of local Anangu people did not interfere with Churchill's geopolitical aims and they are still paying the price. The British undertook Operation Totem at Emu Field under cover of extreme remoteness and secrecy, a shroud of mystery that continues to this day.

'A must-read to understand a cold war history, an arrogant officialdom and an unfathomable desecration of Aboriginal land.' - Larissa Behrendt

'This important book brings back from the far edges of living memory the extraordinary story of Britain's atomic bomb tests in Australia.' - Henry Reynolds

'Tynan's razor-sharp prose and forensic level historical research ensure that Emu Field will be remembered alongside Maralinga as sites of treachery, suffering, and anxiety on the long road towards healing.' - Lynette Russell