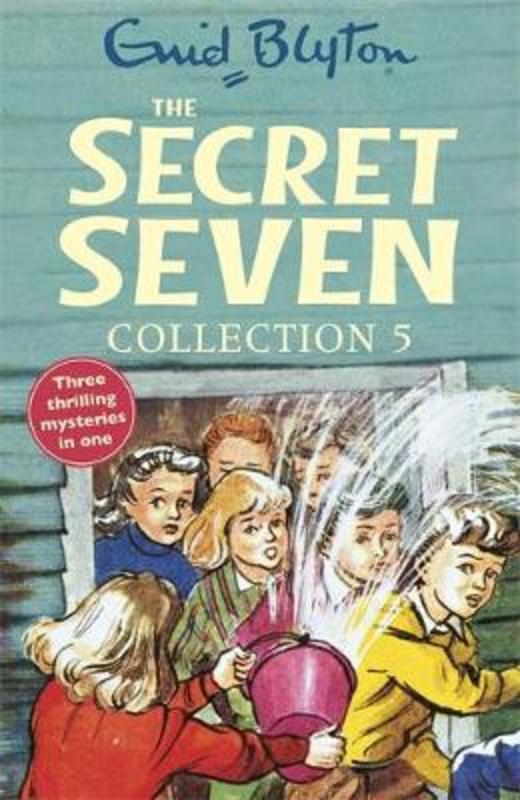 The Secret Seven are siblings Peter and Janet, and their friends Jack, Barbara, Pam, Colin and George. Together they are The Secret Seven - ready to solve any mystery, any time. This fantastic bumper collection contains 3 Secret Seven books in 1 volume.

Shock for The Secret Seven: Book 13

In book thirteen, dogs are disappearing from the village but the Seven are so busy arguing that they don't even notice! Then poor Scamper, their beloved spaniel, becomes the next victim to vanish and it's all systems go for The Secret Seven!

In book fourteen, Scamper discovers an unwanted visitor and later protects the Seven as they spy on a thief in Bramley Woods! What on earth would the friends do without their brave canine companion?

Fun for The Secret Seven: Book 15

In the last book in the series, the Seven are determined to help Tolly and his sick horse Brownie. They need to find their friends a safe place to hide out - somewhere that dangerous horse thieves will never find. But where?

This collection features the exquisite original cover art and black-and-white inside illustrations by Burgess Sharrocks.