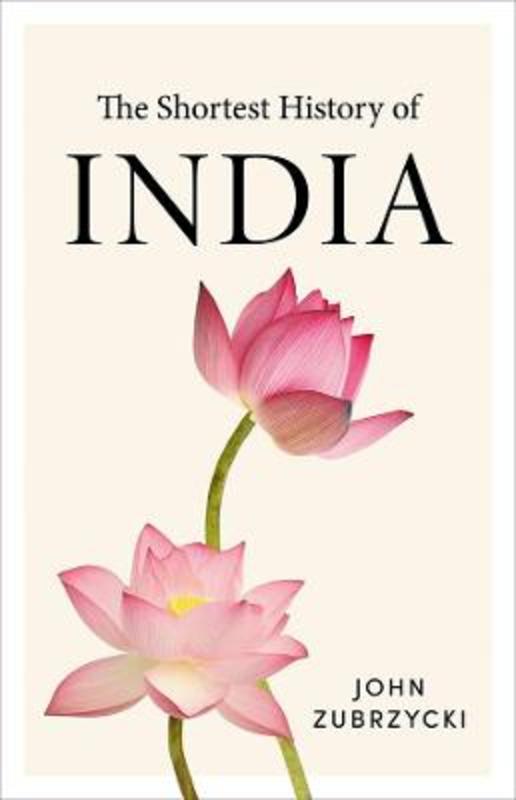 The Shortest History of India

India - Over 5000 years of wonderfully colossal and chaotic history.

From the earliest humans and the Harappan civilisation to Muslim invaders, the Great Mughals, British rule, the country's struggle for autonomy and present-day hopes and challenges, John Zubrzycki masterfully condenses five millennia of deities, mutinies, wars, great empires, decadent dynasties, invasions, colonisation and independence into a fascinating, lively telling. He brings the complex and contrasting layers of Indian history to life through a well-known cast of characters - Buddha, Alexander the Great, Akbar, Clive, Tipu Sultan, Lakshmi Bai, Curzon, Jinnah and Mahatma Gandhi - against a backdrop of the mystical Ganges, the desert forts of Rajasthan, the snow-covered Himalayas and the ruins of India's fabled civilisations.

From Buddhism to Bollywood, India has made its mark on Asia and the world. Its progress in tackling poverty and illiteracy have been impressive, but extraordinary challenges remain - not least the threat to its secular fabric. Only time will tell if India can overcome its political, social and religious tensions to rise again and become the next global superpower.