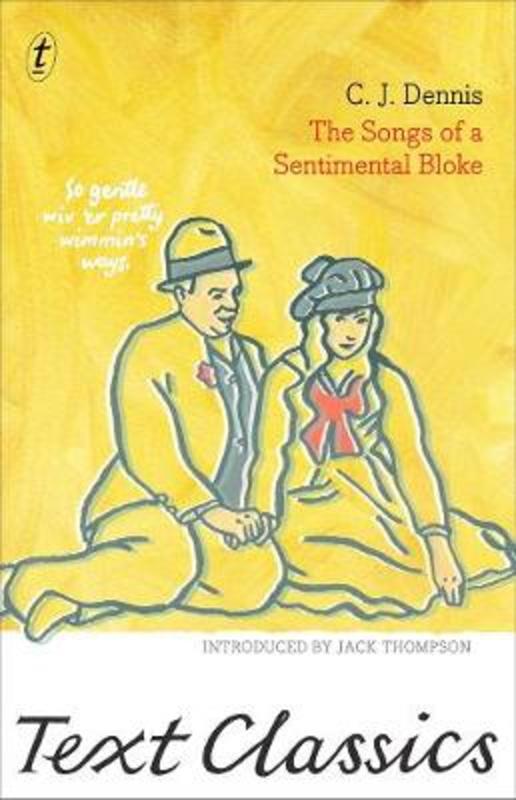 The Songs Of A Sentimental Bloke

Introduced by Jack Thompson The Songs of a Sentimental Bloke, a comic verse novel, was first published in book form in 1915 and sold more than sixty thousand copies in nine editions within a year. By the mid-1970s nearly three hundred thousand copies had been sold internationally. One of the most famous works of Australian literature, it tells the story of Bill, a larrikin, who meets a young woman named Doreen. The book chronicles their courtship and marriage, and Bill's transformation from a thuggish gang member to a contented husband and father. With a new introduction by the actor Jack Thompson, renowned for his readings of C. J. Dennis's work. www.textclassics.com.au