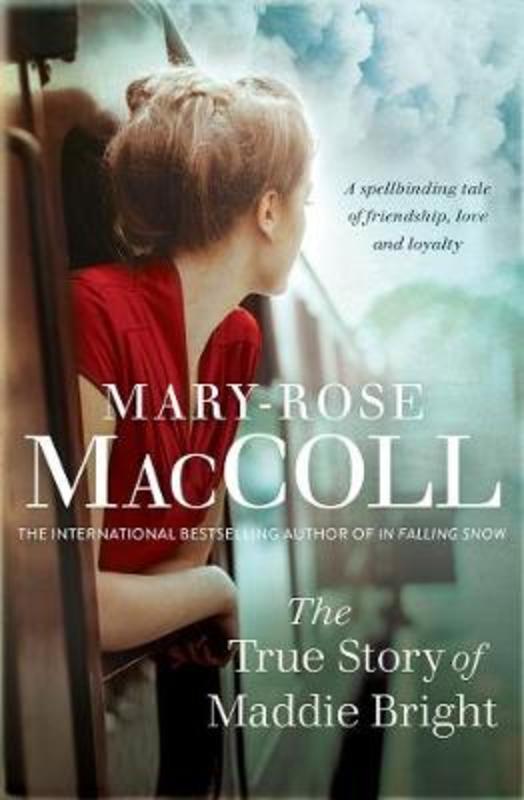 The True Story of Maddie Bright

'A thoughtful, multi-layered tale that probes the stories we tell ourselves about family and friendship, power and control. MacColl's writing deftly - yet gently - explores the nature of courage and kept me guessing to the very end.' - Kirsty Manning, author of the bestselling The Jade Lily

'This book has it all: an unforgettable first chapter, a fascinating insight into the Prince of Wales' visit to Australia in 1920 through the eyes of two women who worked for him, and a compelling mystery set in contemporary times, against the backdrop of Princess Diana's death. Truly wonderful storytelling.' Natasha Lester, author of the internationally bestselling The French Photographer

In 1920, seventeen-year-old Maddie Bright gratefully accepts a job as a serving girl on the royal tour of Australia by Edward, Prince of Wales, the 'people's' prince.

Maddie feels that she's involved in something that really matters but when the unthinkable happens during that tour, it is swift and life changing.

Decades later, Maddie Bright is living alone in a ramshackle house in Brisbane when she's contacted by London journalist Victoria Byrd who is investigating the true identity of a famously reclusive writer. Maddie's version of her own story may change.

1920, 1981 and 1997: the strands twist across the seas and over two continents to build a compelling story of love and motherhood, and fame and friendship.