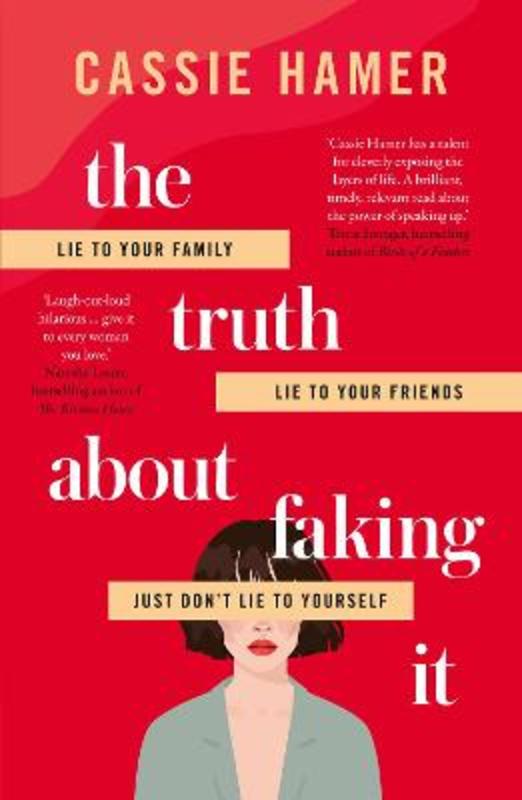 The Truth About Faking It

Lie to your friends. Lie to your family. Just don't lie to yourself... Funny, smart, heartfelt fiction for readers of Holly Wainwright from a distinctive new voice.

'Cassie Hamer is a merging of all that is wonderful about authors like Marian Keyes, Liane Moriarty and Sally Hepworth... She's here to stay.' Better Reading

The Trainor women have always been excellent at hiding their true feelings... until now. Ellen's estranged husband, David, has managed to interrupt her fabulous life of bridge and zumba by getting himself killed in a Thai boating accident. She's hardly surprised. It's simply the final in a long line of mistakes, the first was leaving her to go on a worldwide sailing trip with his mysterious, long-lost brother. Ah, well. At least she's now free to marry her rich but dull boyfriend, Kenneth.

Regrettably, her daughter, self-possessed TV news broadcaster Natasha and granddaughter, reality TV producer Georgie, seem to take the whole 'dead' thing very personally and they decide to dig deeper, though neither really has time. Natasha is on the nose at her network and a toxic secret from her past is about to set off a catastrophic personal crisis. Meanwhile, Georgie is furiously focused on denying her true feelings for a contestant on her show, The Single Gal.

Neither Ellen, Natasha, nor Georgie are agreed on quite how they should feel about David's death but they're certain about one thing - it isn't quite what it seems - and discovering the truth will unravel the tapestry of lies they've been spinning to themselves and each other.

One way or another, all three women are faking it and as matters come to a head, the truth wills out in the most unexpected of ways...

'This well-crafted piece of commercial fiction is both warm and full of light... satisfyingly chunky and intermittently very funny.' Fairfax newspapers