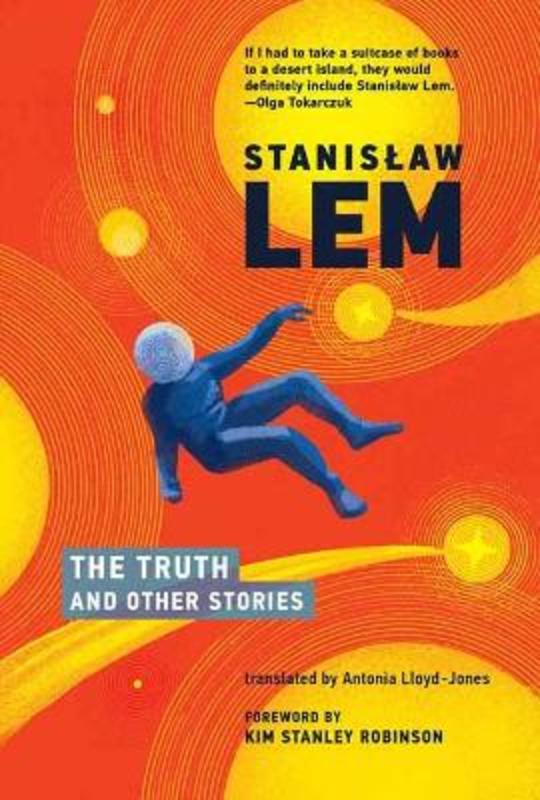 The Truth and Other Stories

Twelve stories by science fiction master Stanislaw Lem, nine of them never before published in English.

Of these twelve short stories by science fiction master Stanislaw Lem, only three have previously appeared in English, making this the first "new" book of fiction by Lem since the late 1980s. The stories display the full range of Lem's intense curiosity about scientific ideas as well as his sardonic approach to human nature, presenting as multifarious a collection of mad scientists as any reader could wish for. Many of these stories feature artificial intelligences or artificial life forms, long a Lem preoccupation; some feature quite insane theories of cosmology or evolution. All are thought provoking and scathingly funny.

Written from 1956 to 1993, the stories are arranged in chronological order. In the title story, "The Truth," a scientist in an insane asylum theorizes that the sun is alive; "The Journal" appears to be an account by an omnipotent being describing the creation of infinite universes--until, in a classic Lem twist, it turns out to be no such thing; in "An Enigma," beings debate whether offspring can be created without advanced degrees and design templates. Other stories feature a computer that can predict the future by 137 seconds, matter-destroying spores, a hunt in which the prey is a robot, and an electronic brain eager to go on the lam. These stories are peak Lem, exploring ideas and themes that resonate throughout his writing.