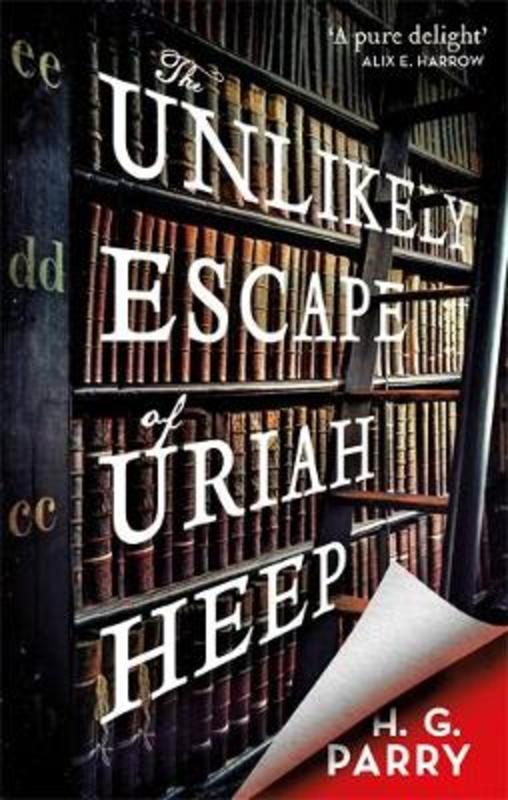 The Unlikely Escape of Uriah Heep

'Parry knocks it out of the park . . . Just plain wonderful' Kirkus

'A joyous adventure through all the tales you've ever loved. Funny, charming, clever and heartfelt, you're absolutely going to adore THE UNLIKELY ESCAPE OF URIAH HEEP' Tasha Suri, author of Empire of Sand

For his entire life, Charley Sutherland has concealed a magical ability he can't quite control: he can bring characters from books into the real world. His older brother, Rob - a young lawyer with an utterly normal life - hopes that this strange family secret will disappear with disuse, and he will be discharged from his duty of protecting Charley and the real world from each other.

But then, literary characters start causing trouble in their city, making threats about destroying the world, and for once, it isn't Charley's doing. There's someone else out there who shares his powers and it's up to Charley and a reluctant Rob to stop them - before anyone gets to The End.