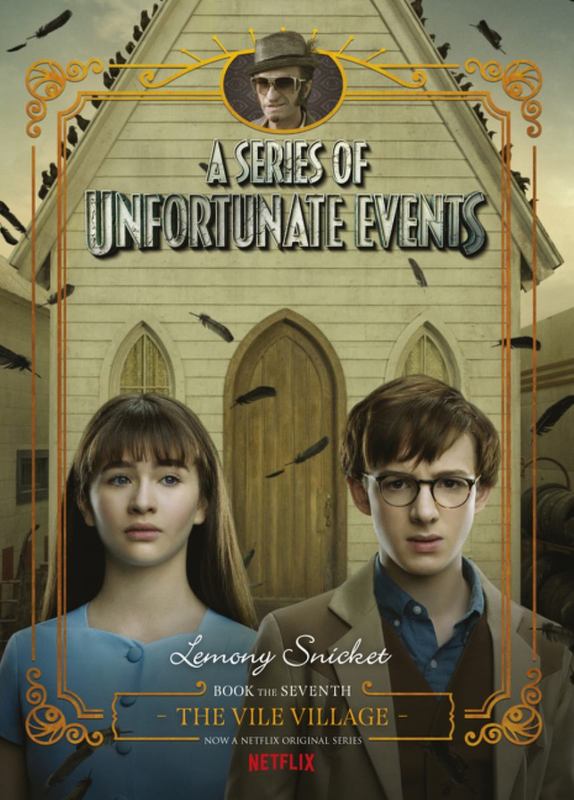 The Vile Village (A Series of Unfortunate Events, Book 7)

NOW A NETFLIX ORIGINAL SERIES Nobody in their right mind would read this particular book about the lives of Violet, Klaus, and Sunny Baudelaire on purpose, because each dismal moment of their stay in the village of V.F.D. has been faithfully and dreadfully recorded in these pages. There is no single reason why anyone would want to open a book containing such unpleasant matters as migrating crows, an angry mob, a newspaper headline, the arrest of innocent people, the Deluxe Cell, and some very strange hats. Both literary and irreverent, hilarious and deftly crafted, A Series of Unfortunate Events offers an exquisitely dark comedy in the tradition of Edward Gorey and Roald Dahl. Lemony Snicket's uproariously unhappy books continue to win readers, despite all his warnings.