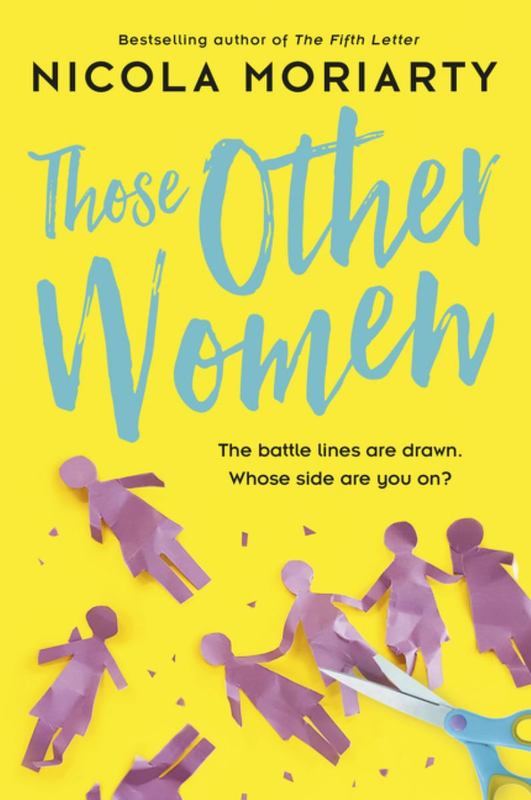 Rivalries and resentments between mums and non-mums spiral wildly out of control in the compelling new book by the bestselling author of The Fifth Letter 'I devoured it, loved it and totally escaped into it ... Fun and topical.' Marian Keyes 'Super addictive, cleverly plotted and ridiculously relatable ... This is definitely one of those books where the characters begin to feel like your new best friends within the first few chapters' BooktopiaAn online rivalry between mums and non-mums spills dangerously into the real world Poppy's world has tipped sideways: the husband who never wanted children has betrayed her with herbroody best friend.At least Annalise is on her side. Poppy's new friend is determined to celebrate their freedom from kids so together they create a Facebook group to meet up with like-minded women, and perhaps vent a little about smug mums and their privileges at work.Meanwhile Frankie would love a night out, away from her darlings - she's not had one in years - and she's sick of being judged by women at the office and stay-at-home mums.When Poppy and Annalise's group takes off and frustrated members start confronting mums like Frankie in the real world. Cafes become battlegrounds, playgrounds become warzones and officeshave never been so divided.A rivalry that was once harmless fun is spiralling out of control. Because one of their members is a wolf in sheep's clothing. And she has an agenda of her own .'Super addictive, cleverly plotted and ridiculously relatable...thoughtful, whip-smart and emotionally rich contemporary fiction' - 9Honey Praise for The Fifth Letter:'Dramatic, mysterious andcompelling ... it's easy to read this book in one sitting' Vogue'[A] pacey, circle-of-friendsthriller, which accelerates in its intensity and sheer originality with every page' Australian Women's Weekly'A delightful, heartwarming exploration of the twists and turns of truefriendship, The Fifth Letter was simply delicious from the very first page tothe last. [...] relatable characters, a fast-moving plot and just the rightamount of mystery. I was hooked!' Rachael Johns, author of The Patterson Girls