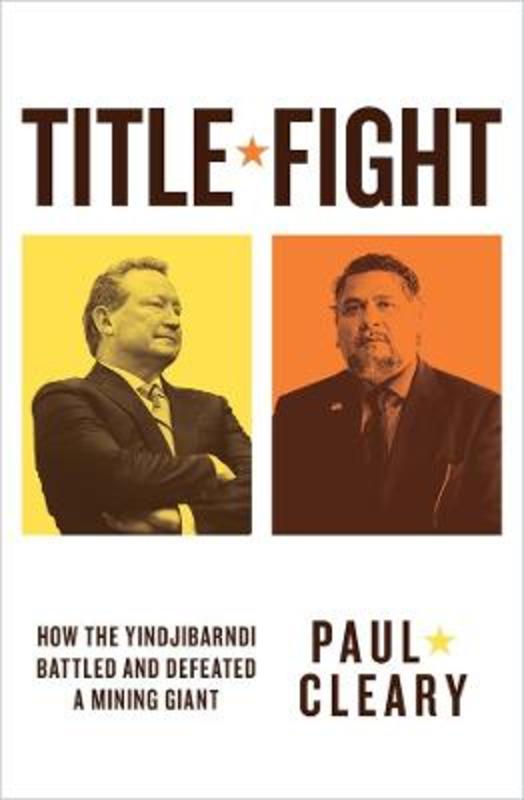 Title Fight: How the Yindjibarndi battled and defeated a mining giant

In the space of just fifteen years, Andrew 'Twiggy' Forrest's Fortescue Metals Group has built a global iron-ore giant generating $19 billion in revenue a year. But in its rush to develop, FMG has damaged and destroyed ancient Aboriginal heritage and brokered patently unfair agreements with the traditional owners of the land. When FMG has met resistance, it has used 'tough and savage' litigation to secure a lucrative outcome.

But this strategy came unstuck when FMG encountered a few hundred Yindjibarndi people and their leader, Michael Woodley, who left school in Grade Six and was from then on immersed in his traditional culture. Woodley has led his community in an epic, thirteen-year battle against FMG, all on a shoestring budget.

Clear-eyed and humane, Title Fight reveals the Wild West of iron-ore mining in the Pilbara. It tells the story of how a small group of Indigenous Australians fought tenaciously to defend their spiritual connection to country. And, at a moment of national reckoning with our colonial and ancient past, with our relationship to the land, it asks some critical questions- Who does the land belong to? Who gets to choose what it's used for? And whose side are we on?