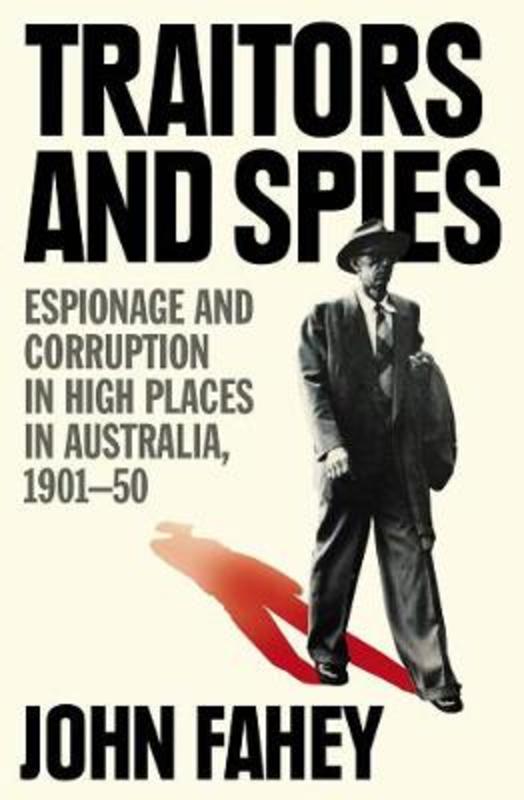 Espionage and Corruption in High Places in Australia, 1901-50

'Deeply researched with keen judgements, Traitors and Spies is a devastating indictment of Australia's security services and their political masters in the decades before the formation of ASIO.' - Professor David Horner, author of The Spy Catchers: The Official History of ASIO 1949-1963

Dozens of Russian anarchists, socialists and communists arrived in Australia from 1905, fleeing repression in their homeland. Finding work in the Queensland cane fields, Russian activists recruited in working men's groups for their revolutionary cause, laying the foundations for infiltration by Soviet intelligence services of the unions and Communist Party of Australia decades later.

This is just one of the many fascinating stories former intelligence officer John Fahey has uncovered in the archives of Australia, MI5 and the CIA. He shows that Australia was under sustained attack from external threats as early as 1908, threats the country consistently failed to address effectively. He identifies the first German spy in Australia, as well as a group of highly respected Jewish businessmen in Melbourne who were Soviet agents, and an Australian woman who worked for Soviet military intelligence in the United States.

Internal security work is dirty work, and never more so than when ruthless politicians and police use intelligence services for their own ends. Fahey has discovered that old boys' networks at the highest levels enabled security agencies to mislead judicial inquiries, spy on members of parliament and other bureaucrats, and persecute innocent citizens in the interwar years.

Traitors and Spies tells the story of Australia's intelligence operations before ASIO was established, and reveals the dark side of Australian politics in the first half of the twentieth century.