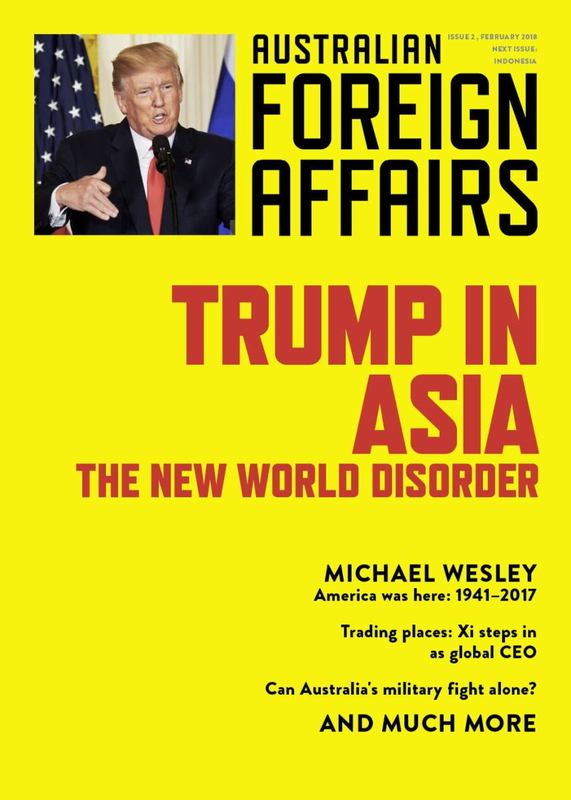 The second issue of Australian Foreign Affairs, Trump in Asia, examines the United States' sudden shift from the Asia Pivot to America First. It provides insights into Donald Trump's White House and explores how his unpredictable approach to international affairs is affecting the volatile Asian region.

Trump in Asia is essential reading for anyone wanting to understand the issues facing Canberra as Australia's closes ally recasts its alliances.

Michael Wesley explores the challenges and risks for Australia as it rushes to find a new plan for surviving in a post-America Asia.

David Kilcullen reports from the US on Trump's effect on Washington and how the president's team will affect Australia.

Andrew Davies analyses the Australian military's dependence on the United States and the trade-off for Canberra as it weight the cost of self-reliance.

Australian Foreign Affairs is published three times a year and seeks to explore - and encourage - debate on Australia's place in the world and global outlook.