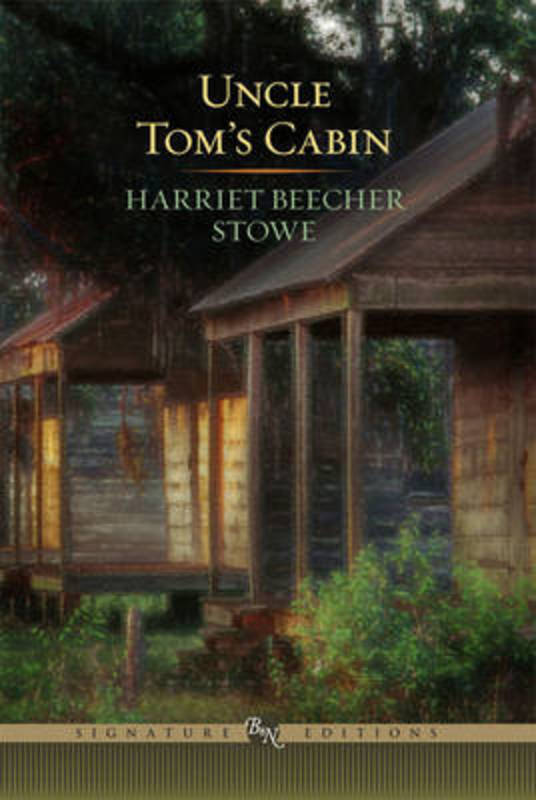 Kentucky farmer and slave owner Arthur Shelby runs into serious debt and decides to sell two of his slaves: Harry, the young son of his wife's maid Eliza, and the devout and hard-working Uncle Tom, whose wife and children will remain with Shelby. Eliza overhears Shelby's plan and flees with her son. Alerted that a slave trader is searching for her, she hastens through the night to the banks of the ice-packed Ohio River. In desperation, she searches for a way to cross the river, find her husband, and escape to freedom in Canada-but a gang of relentless slave hunters has other ideas.

Uncle Tom stays with his family until he is sold to the slave trader and taken onto a riverboat headed south. On the boat he befriends an angelic little white girl named Eva. When Eva falls overboard, Tom dives into the river and saves her. Her grateful father buys Tom from the slave trader and takes him home to New Orleans, where Tom becomes a trusted household servant. Though he lives in relative comfort, unexpected events may doom him to a life of horror and torment.

When Harriet Beecher Stowe was introduced to Abraham Lincoln in 1862, the president reportedly said, "So this is the little woman who made this great war." Apocryphal or not, the words were apt. Uncle Tom's Cabin was one of the most widely read and influential books of its time. It certainly fuelled the abolitionist cause, and many historians cite it as a major contributing factor in the lead-up to the Civil War.