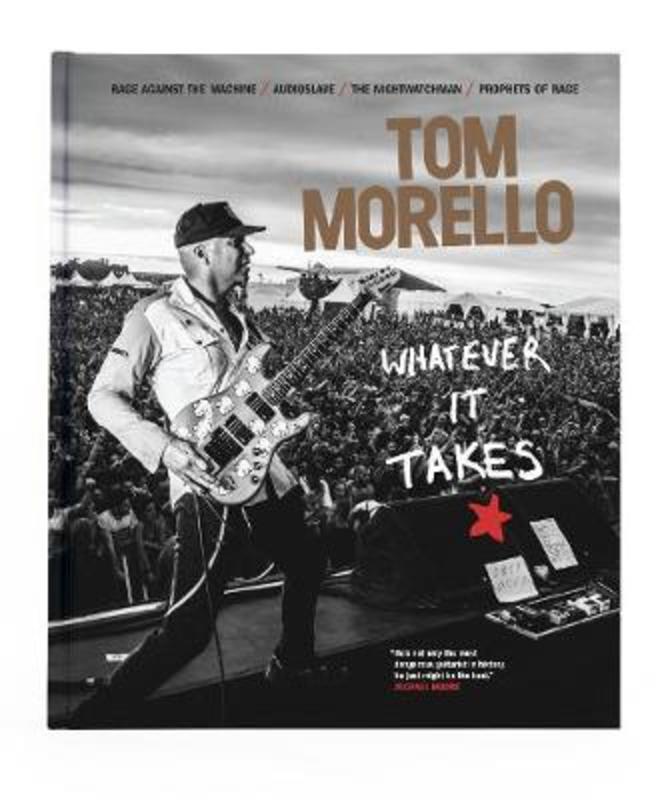 'I'm both blessed and cursed to be a guitar player. I didn't choose it, it chose me. The challenge was to find a way to weave my convictions into my music in a meaningful way.' - Tom Morello

As the cofounder and guitarist of Rage Against the Machine, Audioslave, and Prophets of Rage, and as a solo artist and collaborator with artists as diverse as Bruce Springsteen and Wu-Tang Clan, few musicians have been as groundbreaking as Tom Morello. Now, for the first time, Morello's remarkable life as a guitarist, songwriter, singer, and political activist is captured in Whatever It Takes.

Telling the story, from his first guitar to the present day, Morello's commentary is accompanied by a wealth of photographs, handwritten notes, and set lists, many of which are previously unpublished and come from the author's personal archives. Stunning images of Morello's heavily customized guitars complete this jam-packed photographic memoir, and the result, like his incendiary guitar playing, is fascinating, honest, and completely unique.

Introduced by the Oscar-winning filmmaker Michael Moore, Jann Wenner, the cofounder of Rolling Stone, Morello's Prophets of Rage collaborator Chuck D, and Nora Guthrie, daughter of the legendary Woody Guthrie, Whatever It Takes is the defining document of one of the greatest rock guitar players of our times.

In this Rolling Stone interview, The Rage Against the Machine guitarist looks back at his whole career - and reflects on current events - in an in-depth new video interview.

'He's not only a brilliant musician, but he has a deep heart and a social conscience, just like Bob Dylan, Bruce Springsteen, Bono, or Jackson Browne. Tom is right up there with that gang. I think this excellent book helps prove why.' - Jann Wenner

'Tom Morello is a Visionary Activist, meaning what he sees in his mind goes full throttle into him making IT happen.' - Chuck D

'Fascists, white supremacists, centrists beware: Tom Morello is armed and dangerous, and his weapon is his music.' - Michael Moore