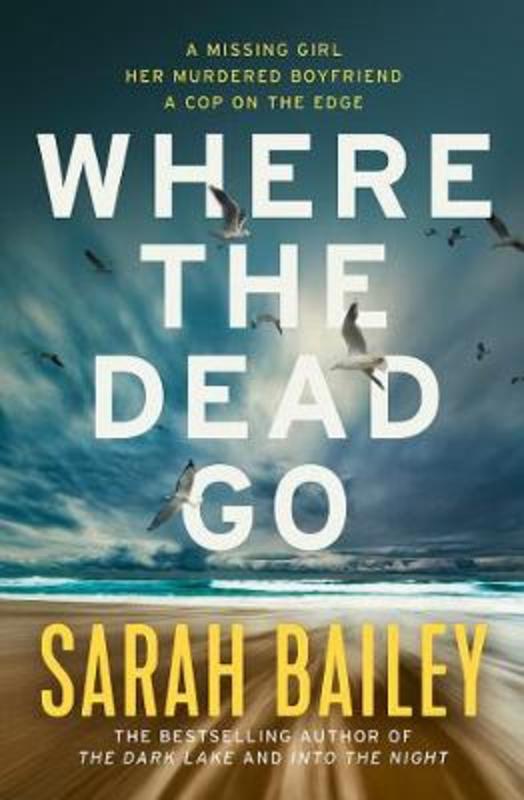 Where the Dead Go

'Every bit as addictive and suspenseful as The Dark Lake . . . Sarah Bailey's writing is both keenly insightful and wholly engrossing, weaving intriguing and multi-layered plots combined with complicated and compelling characters.' The Booktopian

A fifteen-year-old girl has gone missing after a party in the middle of the night. The following morning her boyfriend is found brutally murdered in his home. Was the girl responsible for the murder, or is she also a victim of the killer? But who would want two teenagers dead?

The aftermath of a personal tragedy finds police detective Gemma Woodstock in the coastal town of Fairhaven with her son Ben in tow. She has begged to be part of a murder investigation so she can bury herself in work rather than taking the time to grieve and figure out how to handle the next stage of her life - she now has serious family responsibilities she can no longer avoid. But Gemma also has ghosts she must lay to rest.

Gemma searches for answers, while navigating her son's grief and trying to overcome the hostility of her new colleagues. As the mystery deepens and old tensions and secrets come to light, Gemma is increasingly haunted by a similar missing persons case she worked on not long before. A case that ended in tragedy and made her question her instincts as a cop. Can she trust herself again?

A riveting thriller by the author of the international bestseller The Dark Lake, winner of both the Ned Kelly Award and the Sisters in Crime Davitt Award for a debut crime novel.