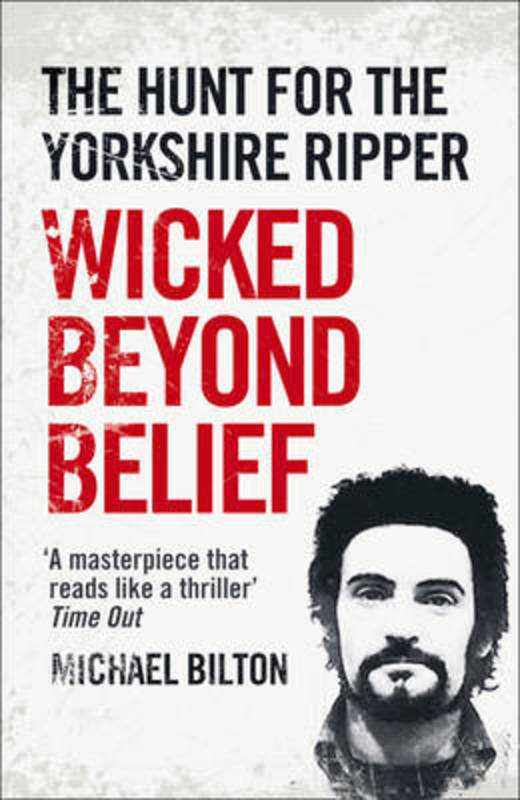 The Hunt for the Yorkshire Ripper

Revelatory investigation into the police handling of the Yorkshire Ripper Case which spanned over 14 years. Newly updated to include Sutcliffe's bid for freedom in 2008, and the verdict from court in 2010.

For over twenty years, the dark secrets of the biggest criminal manhunt in British history have remained a closed book. Detectives refused all requests to tell the inside story of the Yorkshire Ripper investigation that logged over two million manhours of police work. The victims who survived maintained a wall of silence. And the detailed forensic evidence, witness statements and autopsy reports have remained locked away - until `Wicked Beyond Belief' was published.

Award-winning writer Michael Bilton persuaded the key people to talk. After years of exhaustive research he has revealed the extraordinary truth behind the murder enquiry that left Peter Sutcliffe free to kill again and again.

With exclusive access to the detectives involved, to pathologist's archives and confidential police reports, the story of the hunt reads as tensely as any thriller. In this updated edition, he charts the blunders and changes in the law that enabled Sutcliffe to demand a minimum term with the possibility of parole in 2010. He also explores what has happened to the Ripper's surviving victims, and their families, in recent years.

`Wicked Beyond Belief' is a shocking and important indictment of the most notorious murder hunt of the twentieth century.