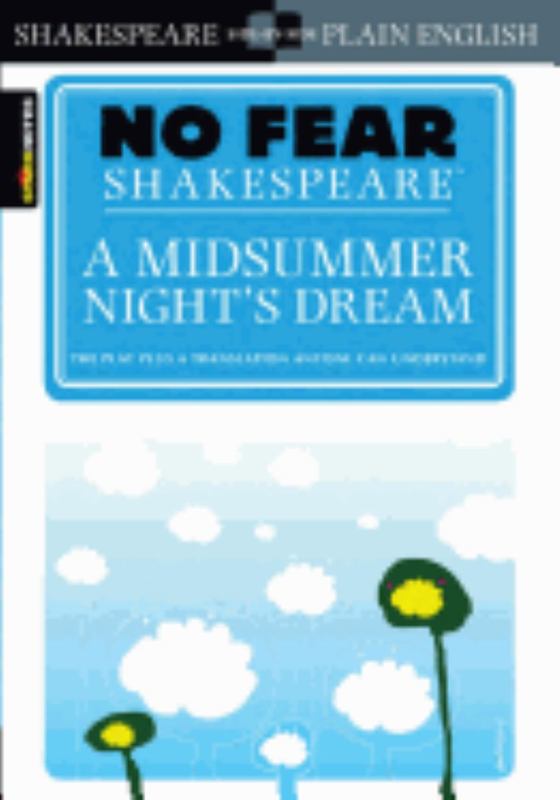 No Fear Shakespeare gives you the complete text of A Midsummer Night's Dream on the left-hand page, side-by-side with an easy-to-understand translation on the right.

Each No Fear Shakespeare contains:

The complete text of the original play
A line-by-line translation that puts Shakespeare into everyday language
A complete list of characters with descriptions
Plenty of helpful commentary.

Demetrius and Lysander both want Hermia, but she only has eyes for Lysander. Bad news is, Hermia's father wants Demetrius for a son-in-law. On the outside is Helena, whose unreturned love burns for Demetrius. Hermia and Lysander plan to flee from the city under cover of darkness but are pursued by an enraged Demetrius (who is himself pursued by an enraptured Helena). In the forest, unbeknownst to the mortals, Oberon and Titania (King and Queen of the faeries) are having a spat over a servant boy. The plot twists when Oberon's head mischief-maker, Puck, runs loose with a flower which causes people to fall in love with the first thing they see upon waking. Throw in a group of labourers preparing a play for the Duke's wedding and the complications become fantastically funny.