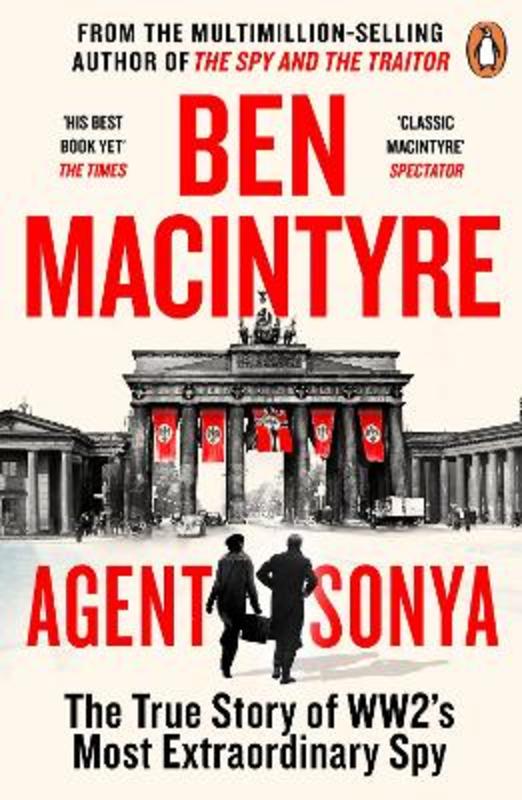 From the bestselling author of The Spy and The Traitor

The incredible story behind the greatest female spy in history from one of Britain's best historians, now in paperback

Ursula Kuczynski Burton was a spymaster, saboteur, bomb-maker and secret agent. Codenamed 'Agent Sonya', her story has never been told - until now.

Born to a German Jewish family, as Ursula grew, so did the Nazis' power. As a fanatical opponent of the fascism that ravaged her homeland, Ursula was drawn to communism as a young woman, motivated by the promise of a fair and peaceful society.

From planning an assassination attempt on Hitler in Switzerland, to spying on the Japanese in Manchuria, to preventing nuclear war (or so she believed) by stealing the science of atomic weaponry from Britain to give to Moscow, Ursula conducted some of the most dangerous espionage operations of the twentieth century.

In Agent Sonya, Britain's most acclaimed historian Ben Macintyre delivers an exhilarating tale that's as fast-paced as any fiction. It is the incredible story of one spy's life, a life that would alter the course of history . . .