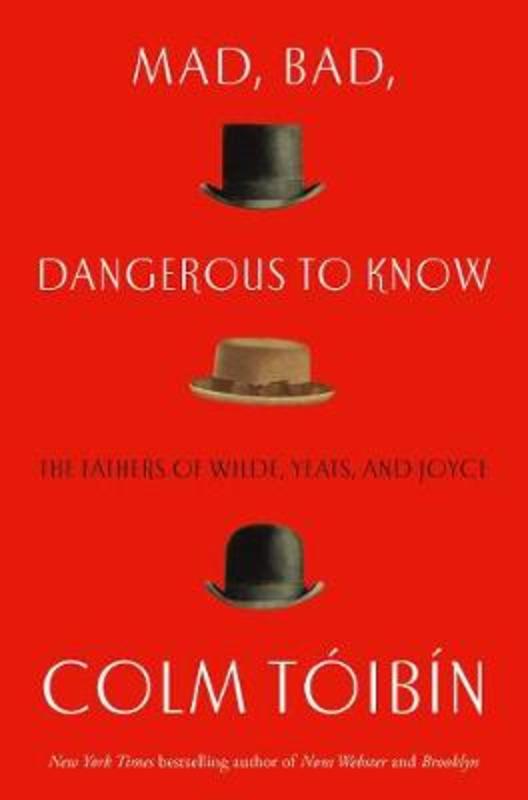 The Fathers of Wilde, Yeats and Joyce

'A father...is a necessary evil.' Stephen Dedalus in Ulysses

William Butler Yeats' father was an impoverished artist, an inveterate letter writer, and a man crippled by his inability to ever finish a painting.

Oscar Wilde's father was a doctor, a brilliant statistician and amateur archaeologist who was taken to court by an obsessed lover in a strange foreshadowing of events that would later befall his son.

The father of James Joyce was a garrulous, hard-drinking man with a violent temper, unable or unwilling to provide for his large family, who eventually drove his son from Ireland.

In Mad, Bad, Dangerous to Know, Colm Toibin presents an illuminating, intimate study of Irish culture, history and literature told through the lives and works of Ireland's most famous sons, and the complicated, influential relationships they each maintained with their fathers.