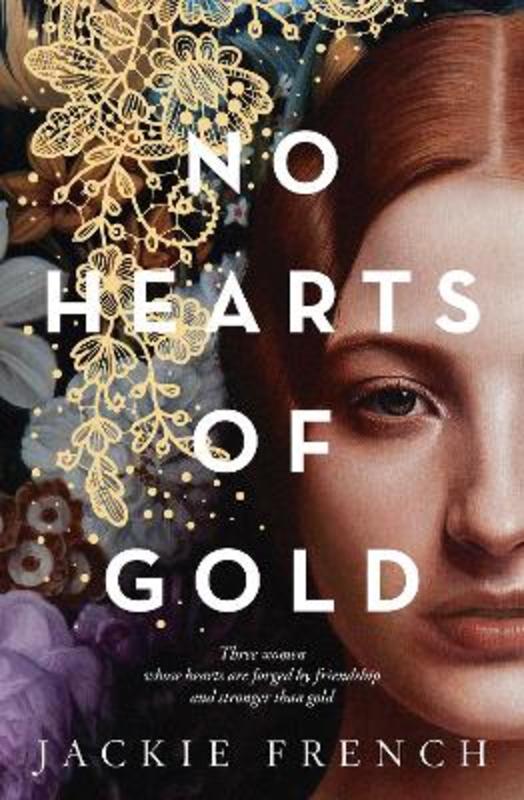 No Hearts of Gold

SOME GIRLS ARE BORN TO BE LOVED,

SOME ARE BORN TO BE USEFUL,

Indulged and wealthy Kat Fitzhubert is sold in an arranged marriage to a colony across the world. Lady Viola Montefiore is the dark-skinned changeling of a ducal family, kept hidden and then shipped away. Titania Boot is as broad as a carthorse, and as useful.

On the long sea voyage from their homeland of England, these three women are fast bonded in an unlikely friendship. In the turmoil of 1850s Australia - which has reinvented itself from convict colony to a land of gold rushes and illusive riches - one woman forges a business empire, while another turns to illegal brewery, working alongside a bushranger as the valleys around her are destroyed. The third vanishes on her wedding day, in a scandal that will intrigue and mystify Sydney's polite society and beyond.

In this magnificent and broad-sweeping saga, award-winning author Jackie French defies the myth of colonial women as merely wives, servants, petty thieves or whores. Instead, in this masterful storyteller's hands, these three women will be arbiters of a destiny far richer than the bewitching glitter and lure of gold.