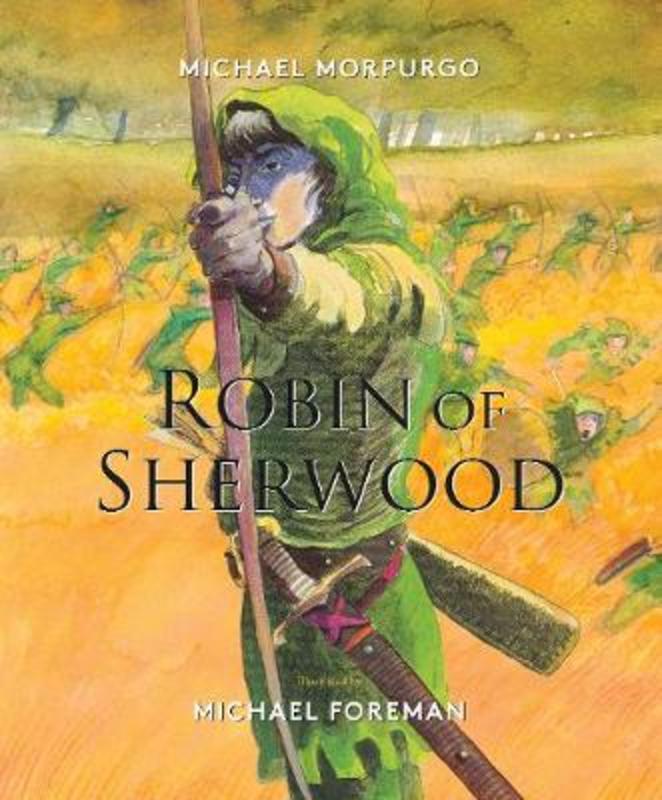 `Tell everyone in Nottingham that the Outlaws rule here in Sherwood, that we rule in the king's name ... I am Robin Hood.'

After a fierce storm, a boy of today discovers an arrowhead and a human skull, buried beneath the roots of an ancient oak tree. A skull with a legendary past: the heroic story of Robin Hood...

Lost in a dark, strange forest, his father captured and his mother murdered, young Robin is rescued by a motley crew of misfits - the Outcasts. Among them he finds Marion, his most constant friend and the love of his life. And as the courageous band of warriors grows ever stronger - joined by the jovial Friar Tuck and the mighty Little John - Robin seeks to unite them all in a common aim: to bring relief and justice to the poor and to punish the evil Sheriff of Nottingham.

In this magical, spine-tingling account, the heroic tale of Robin Hood is retold as never before by master storyteller Michael Morpurgo. In collaboration with the celebrated illustrator Michael Foreman, whose art soars from the page, this retelling of the classic story combines contemporary relevance with dramatic excitement from beginning to end.