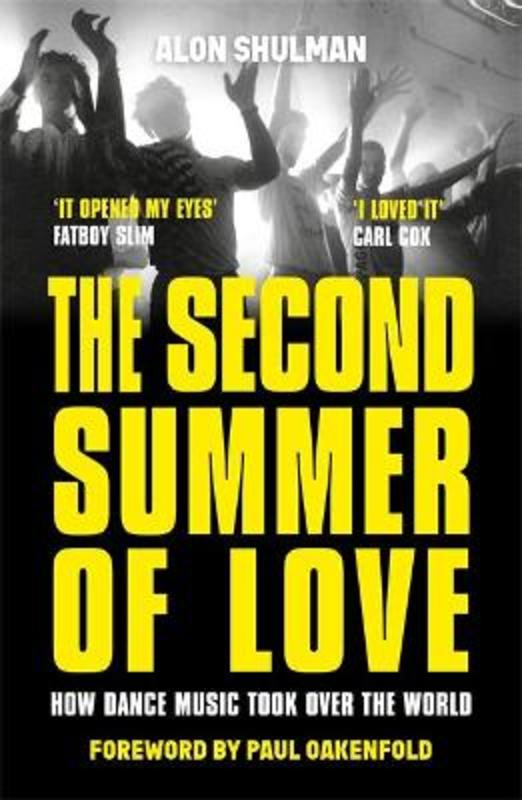 The Second Summer of Love

How Dance Music Took Over the World

In 1987, four friends from London, Paul Oakenfold, Danny Rampling, Nicky Holloway and Johnny Walker, took a week-long holiday to Ibiza. What they saw there, and brought back home, would give rise to a new global music and counterculture movement.

As the eighties drew to their close, with Thatcherism holding the nation tight in its grip, something funny was happening right across the jungle of Britain's nightlife scene. People were dressing down, not up, to go to clubs. And they were dancing right through the night armed seemingly with only bottles of water. Ecstasy and acid house music had arrived on British shores, and a tribal battle between for the moral future of the nation, between the youth and the establishment, had begun.

In The Second Summer of Love, author and dance music promoter Alon Shulman uses exclusive contributions from the world's biggest DJs, including Paul Oakenfold, Carl Cox, Fatboy Slim, Moby, Faithless, Mr C, Farley & Heller, Danny Rampling and many others to faithfully recreate the story of the summers of 1988 and 1989, and chart the birth and rise of Acid House, dance music and club culture right through to the modern day where dance music has become a culturally dominant global industry.

Complete with stunning unseen photographs, this is the first authentic account of what really happened in that glorious period - from the politics and the people to the music, the drugs, the fashion and the culture - told by people who were there, as they bring to life the creation of an underground scene which inadvertently altered the course of modern global youth culture forever.

'It's as if house music and rave culture tapped into this ancient predilection of humans to stay up all night dancing and staring into the fire, and just supercharged it with electricity and MDMA' - Moby

'What I was experiencing was right in front of my eyes, it was happening right now and I loved it' - Carl Cox