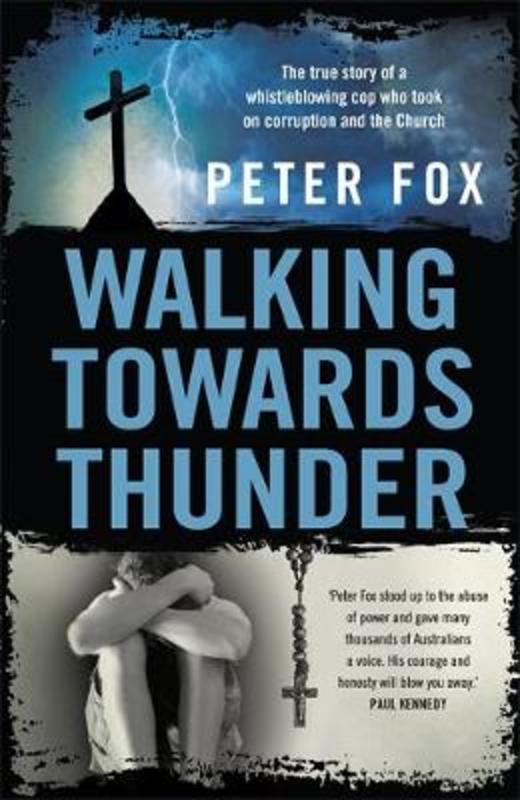 Former Detective Chief Inspector Peter Fox is a hero in many people's eyes. A police officer with 36 years' service in the Hunter region, he rose to national prominence in 2012 for his major role in speaking out for the victims of abuse within the church. He had been at the coalface fighting these heinous crimes for decades. He had worked with the victims and supported their families. He knew an enquiry was long overdue. His decision to become a whistle blower helped trigger Prime Minister Julia Gillard's historic decision to establish a far-reaching Royal Commission into the sexual abuse of children in institutions.

He had no idea what speaking up would unleash. Peter's dedication and focus cost him his career, his health and also affected his wife's health. He and his family were threatened. Former friends shunned him. But the victims and the families that he supported consider him their champion. To them he is a hero.

WALKING TOWARDS THUNDER details the cumulative horrors our police face every day, it reveals the cover ups and the way sexual predators were moved around. It shows the backlash he faced and the lengths those in power will go to avoid facing the truth. Confronting and inspiring, this is an unforgettable story.